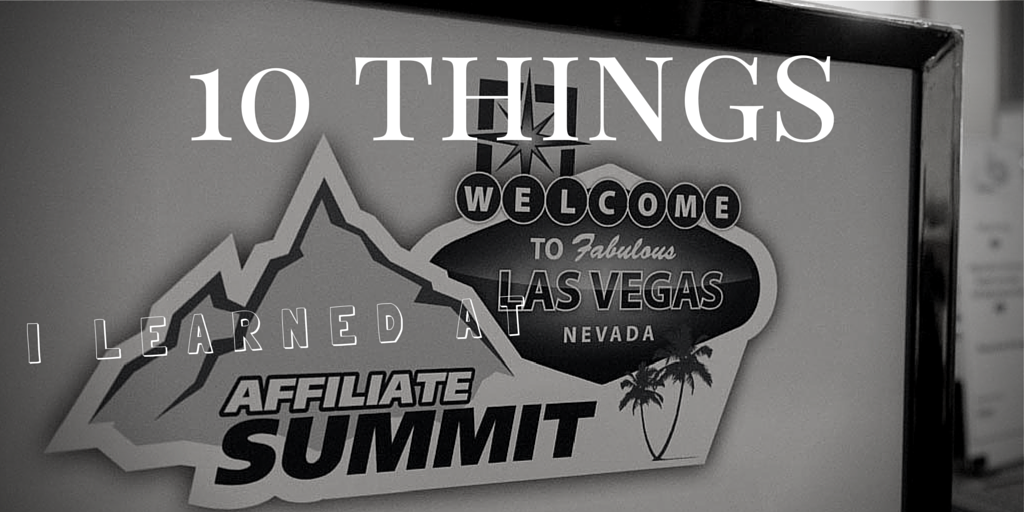 If I could sum up my experience at Affiliate Summit West 2015 (ASW15) in two words, it’d be “eye-opening”.  The 3 days in Las Vegas for me introduced me to a whole new world of affiliate marketing.  Between meeting some of the most successful internet marketers to meeting affiliate companies, and so many like minded entrepreneurs made the whole trip worth it. While ASW15 isn’t going to make me rich overnight, what it did was plant the seed for two things.  1) ideas and concepts for me to try that I picked up on throughout the conference and 2) as cliché as this sounds, taking away inspiration that anyone can make money online as long as you put your mind to it.

How ASW15 in a nutshell Hanging out with my travel blogging pals Samantha and Yeison of Mytanfeet.

Putting the focus back on the business of blogging Hanging out with Kerwin at ASW15.

As a travel blogger, what was great about ASW15 was the fact that I was able to see what people in other industries were doing.  That’s one of the things I always encourage other bloggers to do.  All too often we stay in our little bubble and we get hung up on the latest “thing” or obsess over what another travel blogger did.  The problem with this is that it becomes harder to innovate and try new things.

Stepping outside of my circle was a breath of fresh air.  I was able to draw a lot of inspiration from bloggers in different verticals and see what strategies for making money through affiliates that I hadn’t seen or heard of before.

While not all strategies applied to me, the conference showed me that affiliates can make serious money and gave me a nudge in a big way to focus more on the business of my blog.

10 things I learned from ASW15 At the exhibit floor of ASW15 at the Paris Hotel in Las Vegas.

Tips and tricks for Affiliate Summit Hanging out with the Siteground family.

If you plan on going to Affiliate Summit or similar conference, I picked up on a lot of tidbits that I wish I had known going into it.  Here’s my

Would I go again? Having a little fun with WP Engine at ASW15.

In short I’d say yes though I think it really depends on how far I get in implementing the strategies that I learned at ASW15.  I felt that my first time was great as an introduction to shift my mindset about the business of blogging and if I were to go a second time around, I’d want to have things in motion on my end so I’d be able to go in with a much more precise action plan.

Affiliate marketing is something that doesn’t have a strong presence in travel blogging and so it’ll be interesting to explore what possibilities exist for us whether it’s leveraging existing networks I’m part of or trying to figure out where CPA figures into the mix.

So please ask away in the comments below!  What have you done with affiliates so far.  What works for you and what doesn’t?  I haven’t had a ton of luck as you can see from my income reports but looking to change that around.  It’s all about execution…and well finding the time to make those changes (something I’m having trouble with right now).