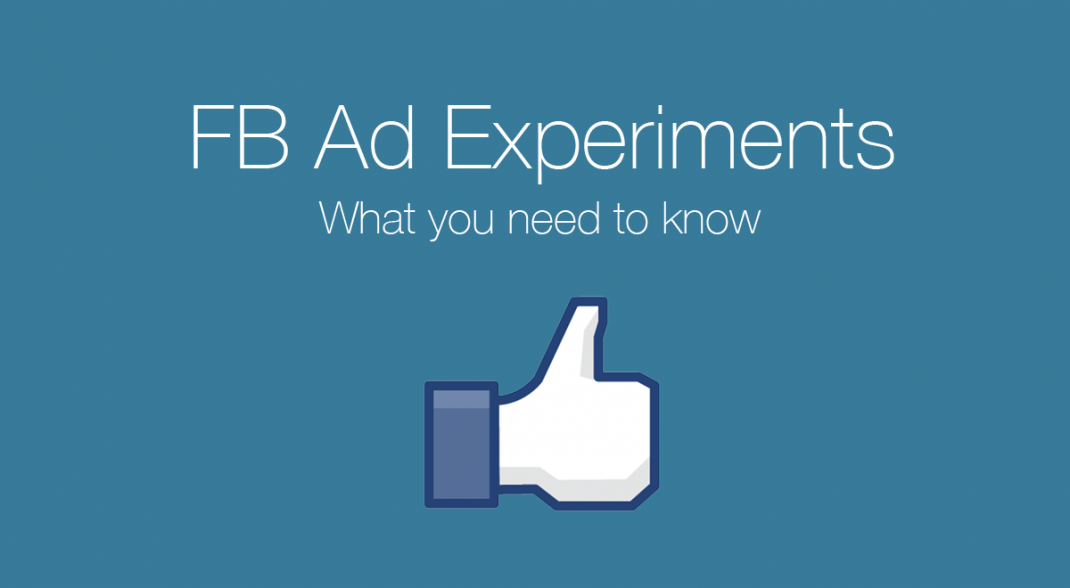 As most of you know, getting Facebook likes on your blog’s page.  There’s a natural reluctancy to give away likes freely on FB because most people are afraid of spam that show up on their newsfeeds.  It’s naturally more “expensive” for someone to give you a like on Facebook versus Twitter because Facebook is that much more personal for people.

So for me, while my Twitter follower count was trending up to 10K, my Facebook like count was growing a measly 10-20 likes a day.  So this prompted me to investigate what different techniques I could use to boost my numbers.

Contests were a surefire way of building Facebook likes but I was looking for more.  Unlike Facebook there isn’t habit of follow back like on Twitter so I couldn’t really “hack” it so to speak.  This is when I turned to my latest experiment.

This being my first experiment, I really wasn’t sure what to expect.  Here’s some insight on how it went down.

The goal of this wasn’t to spend a lot of money.  I wanted to see if ads were an effective way of bringing in new likes and basically see 1) how much it would cost per like and 2) what would the quality of these folks be?

My set up was simple.  Since people love travel quotes, I thought this would be a brilliant strategy to get people to interact with my ad. The rest of the original set up looked like the following.

I basically picked all the geographic locations that I was receiving hits from according to Google Analytics and really focused in on people in the mindset of travel.  What I didn’t realize that happened automatically in the set up was that it was targeting people that were friends of those that had liked my paged already.  That ended up being a big mistake.  The group was way too narrow and it didn’t give me the proper exposure I was looking for.

If you look closely, this said my potential audience for this ad was 20.  I probably should’ve seen that.

Bidding was simple.  All I wanted to do was optimize the ads for more likes.

Also note that I set my daily budget to be $5 a day as to not spend a crazy amount on this experiment.

The results of course were disastrous.  I had this up from Friday October 2 – Tuesday October 7 and this is what it looked like.  In essence it was costing me $0.71 per like.  That seemed crazy high at the time.

Setting it up again

Seeing the poor results only a few days in, I knew something was wrong so I created another ad in the set and made some tweaks to really open it up.  I even call this ad “GAP – More open”.  Gotta love the ghetto descriptions.

I used the exact same image as the first ad.

The big change here was that I really opened it up.  I kept the countries the same except I added the Philippines because I read that another blogger had a lot of success with getting likes from the Philippines.  Age wise, I opened it up to 45 instead of 40.  Interests I made it high level at Travel instead of really honing in specific behaviours.  Lastly, I made sure that I was limiting myself to people that were friends of existing followers but instead, exactly the opposite by targeting people not connected to my blog at all.

This was exactly the same.

The results were way different than the first time I ran it.  Running from Tuesday October 7 – Monday October 13.  Where I was paying $0.71 per like, I was getting likes at $0.03 with this ad.  Huge difference.  So over the span of 7 days, I was able to gain 901 new page likes.   The peculiar part of this experiment was that all the likes seemed to have come from the Philippines.  The Facebook algorithms must know that the chances of getting page likes are greater in the Philippines so it targets all of its efforts there.

Observations from Experiment #1
Warnings about paying for likes

I had a great chat with another blogger about Facebook ads and it was only then that I realized what was going on and some things you need to be aware of when buying advertisement for likes.

Taking all the things I learned from my first experiment, I decided to try something a little different.  Instead of pure “Likes”, I wanted to get more click throughs to my website for more views and engagement on my site and hopefully in turn result in returning readers.

With “Clicks to Website” ads, this gave me an opportunity to play around with different images to see what resonated with people the most. This time, I focused on North American, European and Asia/Pacific English speaking countries. Like my first experiment, I didn’t want to spend a boat load of money. The results of this experiment were pretty interesting, cost me $34.96 CAD, and resulted in a modest amount of click throughs.

This first report gives you an overall idea of how it performed.  What’s interesting here is that Image #4 did significantly better than any of the other images that I used.

The next report shows you what that image is.  Looks like luxury resorts and beach flat out resonates with the most people.  The other interesting part of this report is that I got most of my click throughs through mobile and not desktop which seemed counter-intuitive to me.  This may be connected to the fact that Malaysia brought me the most clicks (see next report) and they spend most of their time on the phone?

The last report shows some deep insights on exactly what ended up happening by geography.

By rank this is what countries produced results (all other countries had really low results probably because Facebook pushed impressions to #1):

By Country – Malaysia did well and now I’m thinking this was because of a similar effect as the Philippines.  I added them into the geography targeting since they are in the top 5 in terms of traffic.  I’m actually okay with this since I know there are real readers coming from the country.

By Clicks – Interestingly, USA had a higher click through rate than Malaysia.

By CPM – Malaysia is way cheaper than USA and the UK so I can see why Facebook pushed more impressions there.

By CPC – Cost per click in the UK is really expensive!

Overall, this was a great learning experience for me just to see how Facebook ads behave given a set of parameters.

Would love to learn how you guys are leveraging Facebook ads.  What has been successful for you?  Just drop a comment below!