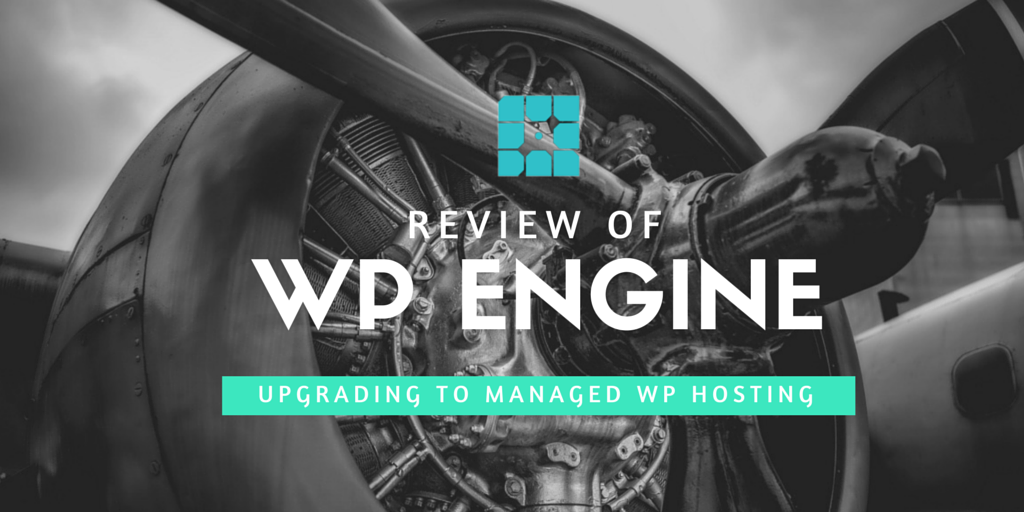 In this review of WP Engine, I get down and dirty into my whole hosting migration process, why I switched and how I’m much happier now.

Changing web hosting is one of the scariest things you’ll ever do as a blogger.  That’s why we try our best to not migrate even when we know we probably should.  The longer we let it linger, the more it hurts.  What I don’t think most people realize is how easy that upgrade process is with guys like WP Engine.

I did quite a bit of research before pulling the trigger.  After talking to many fellow travel bloggers who were similarly looking to make the jump to more professional hosting, WP Engine was a name that came up time and time again.

Why I decided to switch hosting

Before I do a review of WP Engine itself, why don’t I first tell you why I looked to switch to begin with.

Hosting seems pretty cookie cutter to the untrained eye.  If you’re like me, you probably started off with shared hosting because it was easy and well uber cheap.  After all, a little travel blog is nothing like a big brand or a newspaper right?  Yep that was me so off I went with GoDaddy and BlueHost.  Both were good for purposes of getting off the ground.

Problem is when you start growing, the limitations of shared hosting really start shining through.  Here’s what happened to me:

Enough was enough and that’s when I finally decided to make the jump to something that was going to just not suck.

I’ve been with WP Engine for the past little while now and I’ve compiled a list of all the reasons why WP Engine is better than shared hosting.

They don’t do anything BUT WordPress.  That says something in itself because that means they’re specialists.  Specialists know their shit.  This allows WP Engine to truly focus on WordPress related optimizations and issues.  They don’t need to worry about problems that plague other frameworks.  As a result, everything they’ve built is meant to make your WordPress site better.

I’ve seen good support before but WP Engine’s support level is way above and beyond.  With their platform, you have the option of doing an online chat or submitting a ticket.

Every time I’ve had an issue with something, I’ve been able to connect with someone in minutes online or within the day via e-mail.  Every interaction has been extremely professional and each rep has provided detailed actionable details about how to solve whatever issue I’m having.

As an example, I wanted to see even better speeds with site and as an experiment, I just emailed them to check to see if there was any way I could do better.  I got a response that same day where the rep performed a speed test, analyzed my site and told me exactly what was slowing down my site.  Turns out a piece of Javascript code from my theme on Going Awesome Places was throwing a bunch of errors during loading.  I never would have gotten that with GoDaddy.  I remember asking them about speed and the only response I could ever squeeze out of them was that it wasn’t their fault.

Really wish I took screenshots before and after but I’ve noticed a significant speed increase ever since moving over.  Again, this is due to a lot of the customization that WP Engine does on their end to boost performance.

Caching is built into the server so you don’t even need to have a complicated caching plugin installed anymore.   Thank goodness because I never understood W3 Total Cache and had no idea whether my settings on it were correct or not.  Good riddance!

The word proactive comes to mind here.  When I first migrated over to WP Engine, I got several emails pointing out that there were a few plugins of mine that were known to have security holes in them.  I immediately put an end to that and now I feel a lot safer because of it.  This is what’s known as malware scanning. E-mail I received from WP Engine telling me about some bad plugins I had installed.

Like speed, WP Engine takes security very seriously.  They have their own built in firewall that blocks known attacks on their end before it even gets to your site.  They update the system everyday so they’re always on top of things.

Last year, I had a near heart-attack inducing incident where I accidentally deleted everything on my site.  Luckily I found out after the fact that BlueHost had courtesy automatic backups in place.  They run every week but I later found out that they’re not guaranteed.  I was lucky to have a relatively recent backup on storage so I didn’t have to jump off a building.

This is when I realized the true importance of having backups.  Sure weekly backups are nice but what about daily backups?  Screw paying for additional daily backup services.  It’s built right damn into the service. In addition to that, anytime you do an update to a plugin, I get a prompt asking me if I want to do a one-click restore point.

A simple note that pops up every time you install a new plugin or do an update.

Like I said, they’ve pretty much thought of everything.

Scale, growth and all of that

I mentioned earlier in the post that growth was a problem for me.  Despite it being a great thing for my travel blog, shared hosts didn’t like it too much because I was eating up too many resources.

For one, WP Engine doesn’t over cram websites onto their servers.  That’s a fact.  While you don’t get a dedicated server (you gotta shell out serious bucks for that), your site is going to have a lot more breathing room and I never worry anymore about my site crashing or being locked out.

Without getting too technical, the architecture of the servers with WP Engine is built in a way to be robust and performance-oriented specifically for WordPress.

Okay so this is a bit top secret right now but this is honestly an incredible example of how WP Engine is continuing to innovate and thinking of ways to make their product awesome.

When I signed up for WP Engine, I told them straight up that I needed help with the migration.  While they don’t have migration included as part of the package, they told me about a new beta program they’re testing to help auto migrate customers from one host to another.  I told them “YES PLEASE!”

In a matter of days, I got hooked up with one of their reps and got the ball rolling.  Before I knew it, I got an e-mail back saying everything was copied over.  I was asked to check this copied instance on WP Engine to verify nothing broke and that everything was working.  I did that and didn’t find any problems.  Recognizing that my site may have gotten new activity like comments and posts, he did one final sync of the blog on WP Engine.  Once that was done, all I had to do was point my domain over to the right servers and bam I was migrated.

Features you wish a hosting service had

Create a staging area with a click of a button. Quickly about the WP Engine plans

Before I end things off, I’m throwing in a quick screenshot of what the pricing plans look like with WP Engine.  I’m on the professional plan right now but I think for most bloggers the personal plan at $29 a month is more than enough.  I opted for the Professional Plan because I might eventually move my other sites over and because I wanted to get the included Content Distribution Network (CDN) which helps speed up the delivery of static things like images.  As a travel blogger, you know how we have a TON of photos. You can even try it risk free for 60 days. Hear it first hand from the founder

Coming up later this week is my podcast interview with the founder of WP Engine, Jason Cohen.  Listen to his story of how he started the company, how WP Engine remains at the top of their game, and a little thing called Tier 2.

Make sure you to find out once the podcast comes out!

Save 20% off your first payment with WP Engine. Use coupon code SUMMERSAVINGS. Expires 8/31/2016.