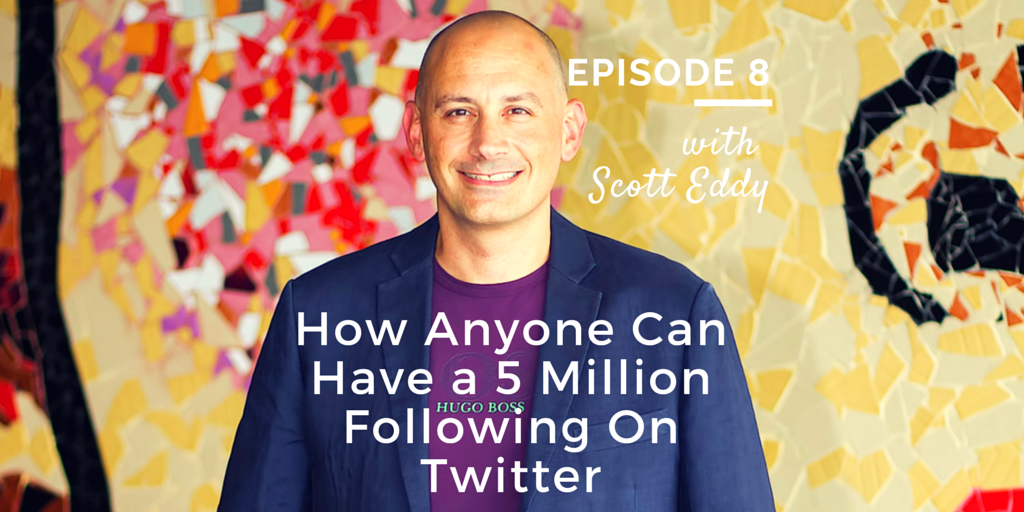 There’s always that love-hate relationship with social media and so to bring a little clarity to what you guys are doing on social with your travel blogs, I’ve brought on another great guest to chat with us on the TBB podcast.

We’re chatting with Scott Eddy, a personality unto itself on Twitter.  He’s someone that’s really made a name for himself from the ground up and with through it he’s started up several digital agencies, done public speaking, 1 on 1 mentoring and become an overall influencer in the travel industry.

The one thing that you’ll find listening to Scott is just how well spoken he is and his ability to throw out great personal quotes left right and center.  You’ll know what I mean when you listen to the podcast.

I bet a lot of you have heard of Scott Eddy or at least seen some of his activity.  For those that haven’t just go over to @mrscotteddy and you’ll see how well he’s done on Twitter.

Bringing him on board for a podcast interview was a no-brainer but what I didn’t expect to hear from him was that his strategies for success around Twitter growth is very similar to the strategy I use.  Moreover, it was enlightening to get a glimpse of what he does on a daily basis to get the his level of engagement and follow back.

Threaded throughout the interview is the fact that social media just like everything else is all about the hustle, hard work and sweat equity.

The great thing about Scott is just how openly candid he is about what he does on social media and how anyone else can be as successful as he is with time and effort.

The podcast is littered with amazing quotes so just scroll a little further down to find more.

In this particular episode, you will learn

What you will learn in this podcast

“If someone talks to me, I talk back”

“Etiquette carries a lot of weight on social media”

“Chase the conversation not the name”

“For you to sit there and just concentrate on your content and don’t follow people every single day…it’s like getting dressed up and going to a party but when you’re at the party, you don’t talk to anybody.  You’re waiting for people to come up to you.  It’s not going to happen.  You have to take the initiative.”

“Concentrate on your weaknesses and work on those every day”

Links mentioned in this episode

Thank you for listening to the show!  It’s really because of you that I do these so I appreciate all the support.

If you like what you heard and can’t wait for the next episode, please share it using the social media buttons you see on the left side of the page.

Additionally, reviews for the Travel Blog Breakthrough podcast on iTunes are extremely helpful and much appreciated.  Your input makes a big difference and helps with the rankings of this show.  I read each and every one of them!

Lastly, don’t forget to subscribe to the show on iTunes to get automatic updates.  If you prefer TuneIn, Stitcher or Windows catalogs (should show up on search!) I’m also on there.